A Vocabulary For Ghosts 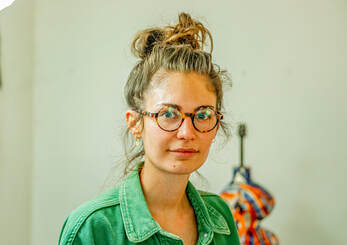 A Vocabulary for Ghosts

The subtle treason of objects.

Jean-Paul Satre’s play ‘Huis Clos’ (No exit) became famous for postulating ‘hell is other people’, but that is not an entirely accurate summation of the play’s thesis.

The very first sentence in the play is ‘A drawing-room in Second Empire style. A massive bronze ornament stands on the mantelpiece.’

The setting of the room and objects in it, is precise and purposeful and as purposeful and the human guests, trapped in the room, as becomes manifest over time. This consciousness in the context of a play is often lost on the impact of objects in our daily life.

As humans we make objects to serve Us, they create utility as their core function. That is an incontrovertible fact. Equally incontrovertible fact is that many of these utilitarian objects have the capacity to outlive us, not only projecting their use into future generations but also the culture, ideas and aesthetic objectives, which went into their making.

While silent, this persistence is far from neutral. Objects unexamined, unresearched, uncontextualised, retain their ethos and ideology of the people who built them. In Zimbabwe that history is both conflicted and contested. The political project of independence, subtly betrayed by subconscious context of chesterfield sofas and ornate wrought iron gates, and high tea sets.

The objects in, Xanthe Somers’ A Vocabulary for Ghosts, do not allow us to let them retreat into background or to remain unexamined. Colours, patterns and juxtaposition of elements are designed to sabotage function and then directly augmented but texts imploring interrogation and questions. In other hands, this could be a somber didactic exercise, in Somers’ hands it becomes the medicine delivered with a spoonful of sugar.

In doing so A Vocabulary for Ghosts, eases us towards a greater consciousness of what we use and why we use it, the active role of our surroundings in shaping our life, with an action call to actively engage in shaping our own visual reality with a purpose.

Who knew self-awareness, could ever be fun. 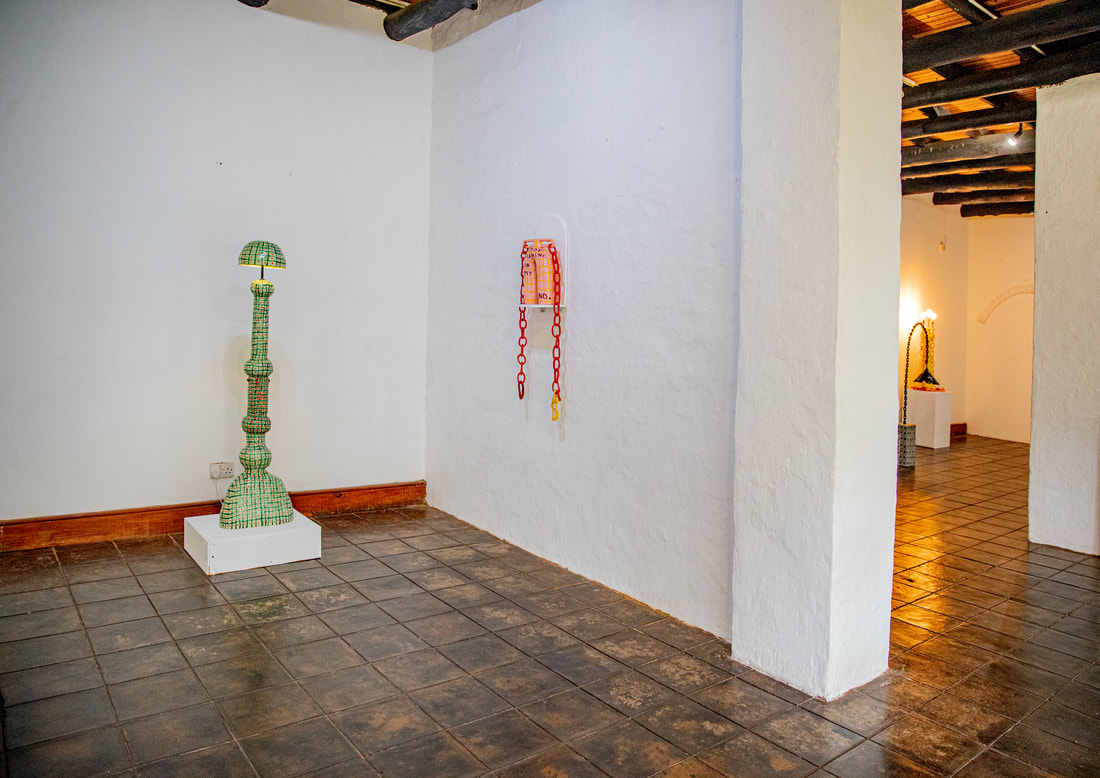 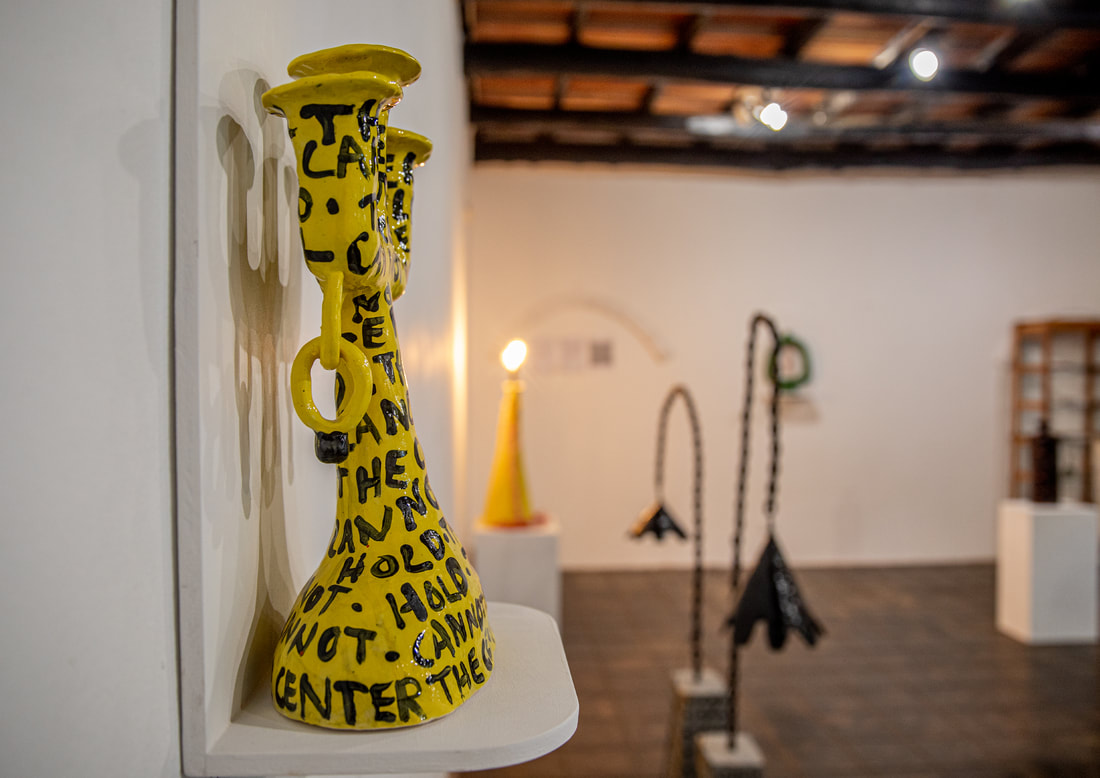 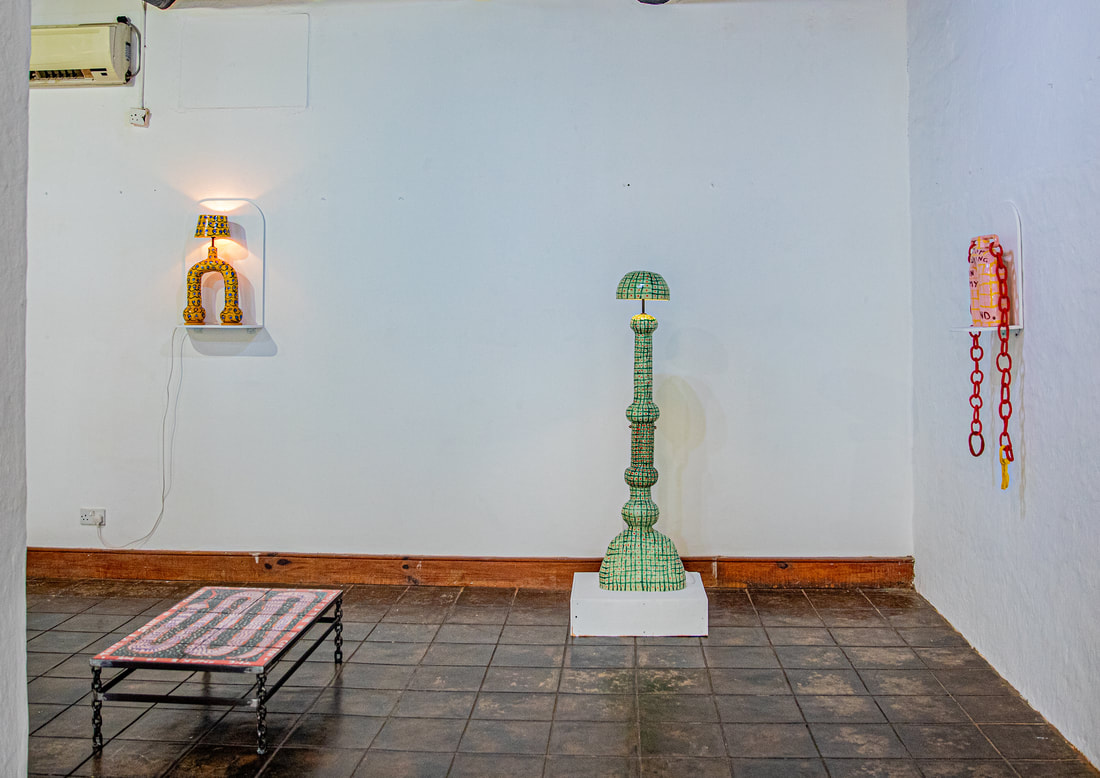 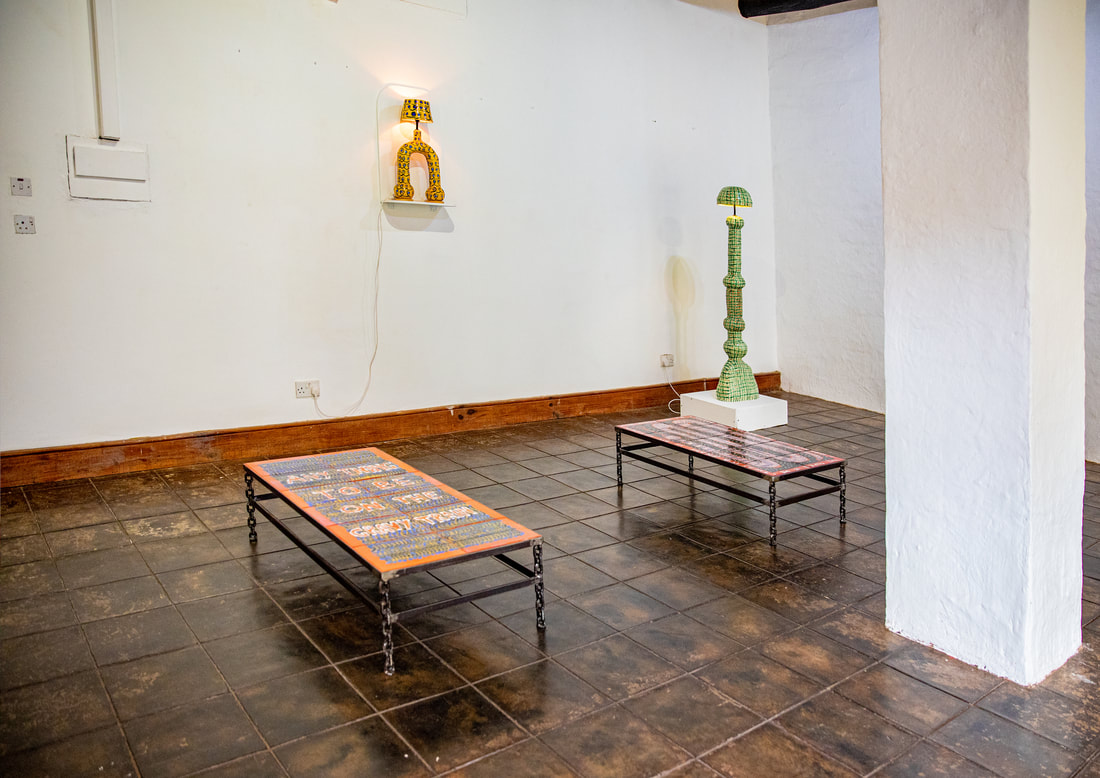 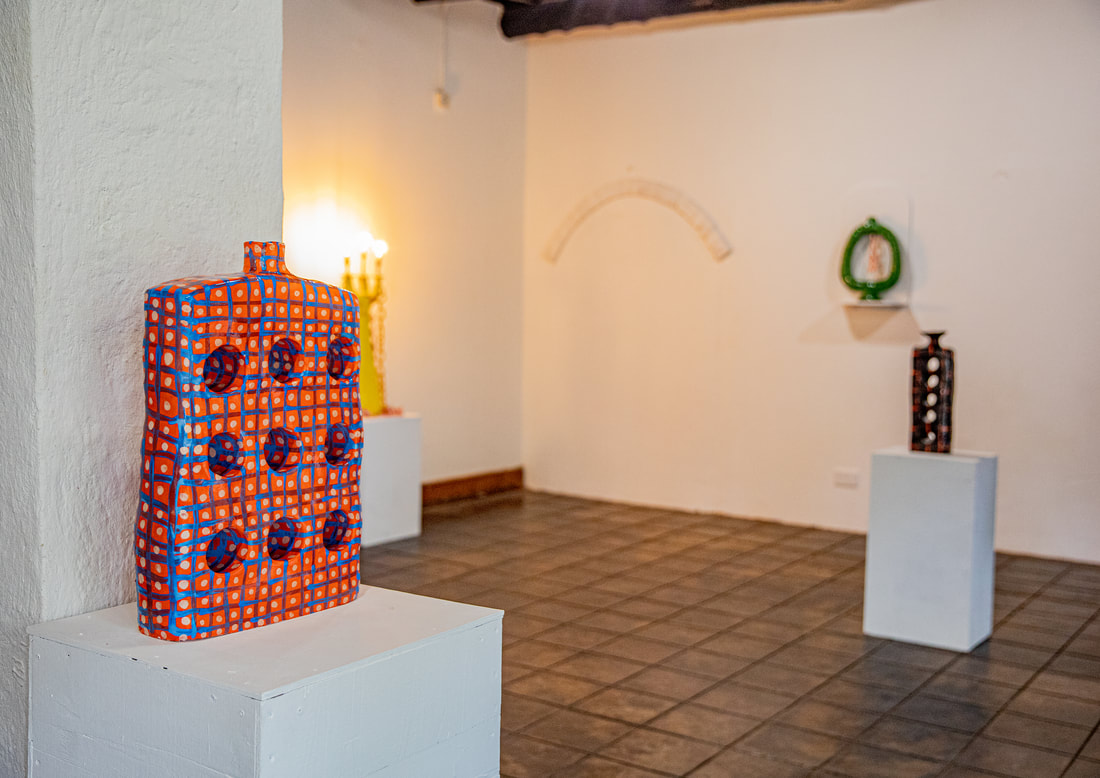 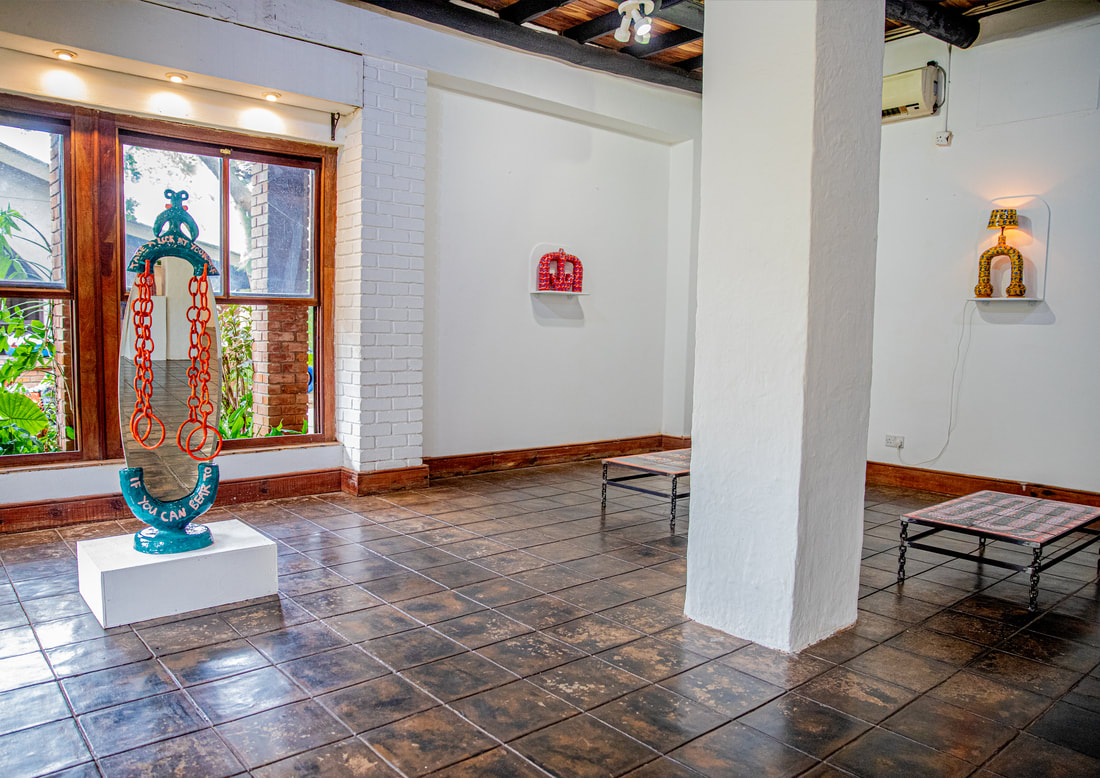 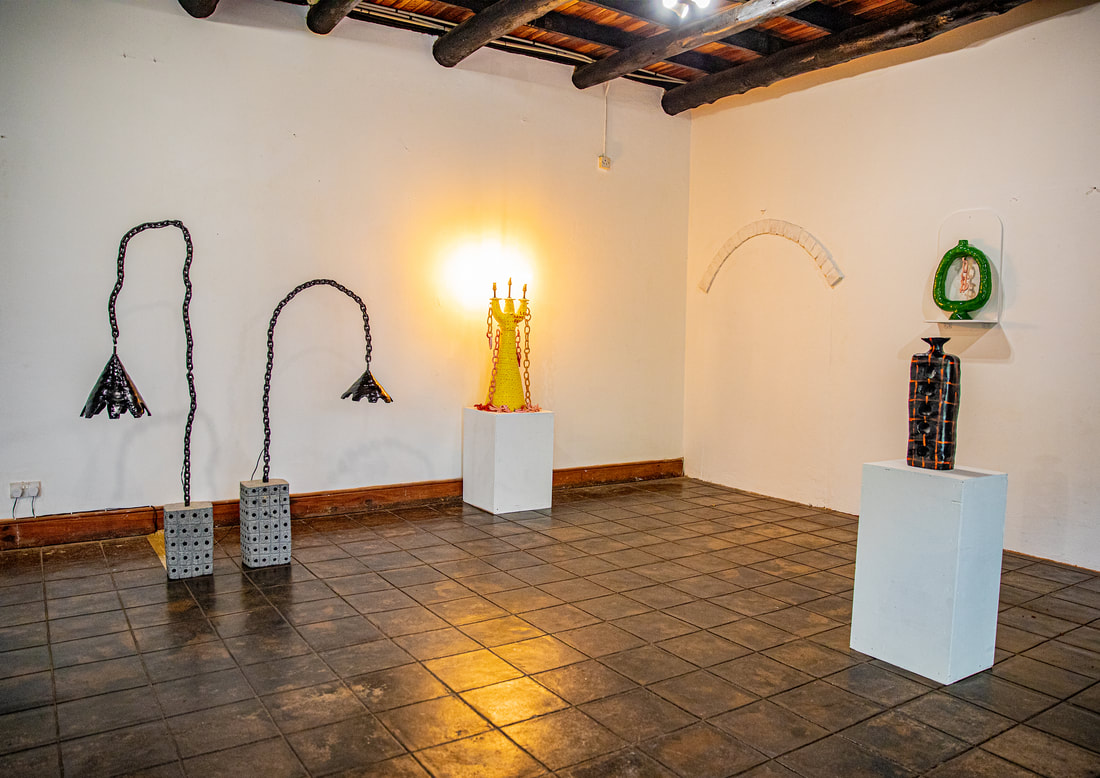 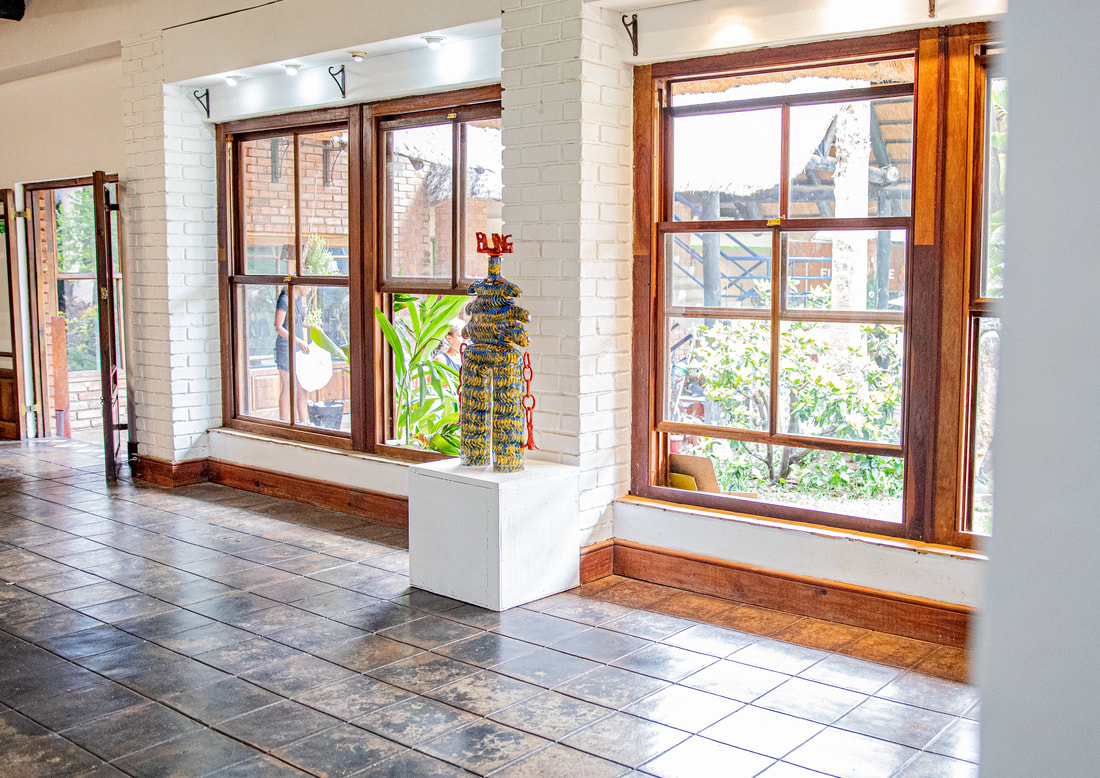 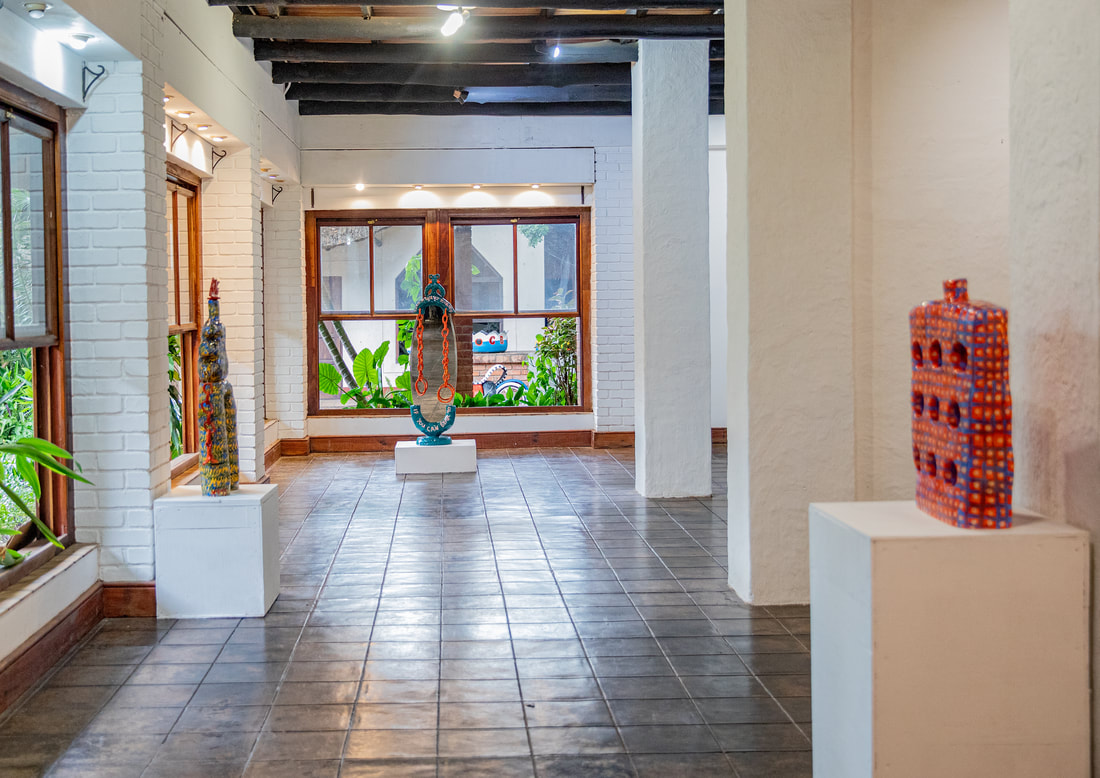 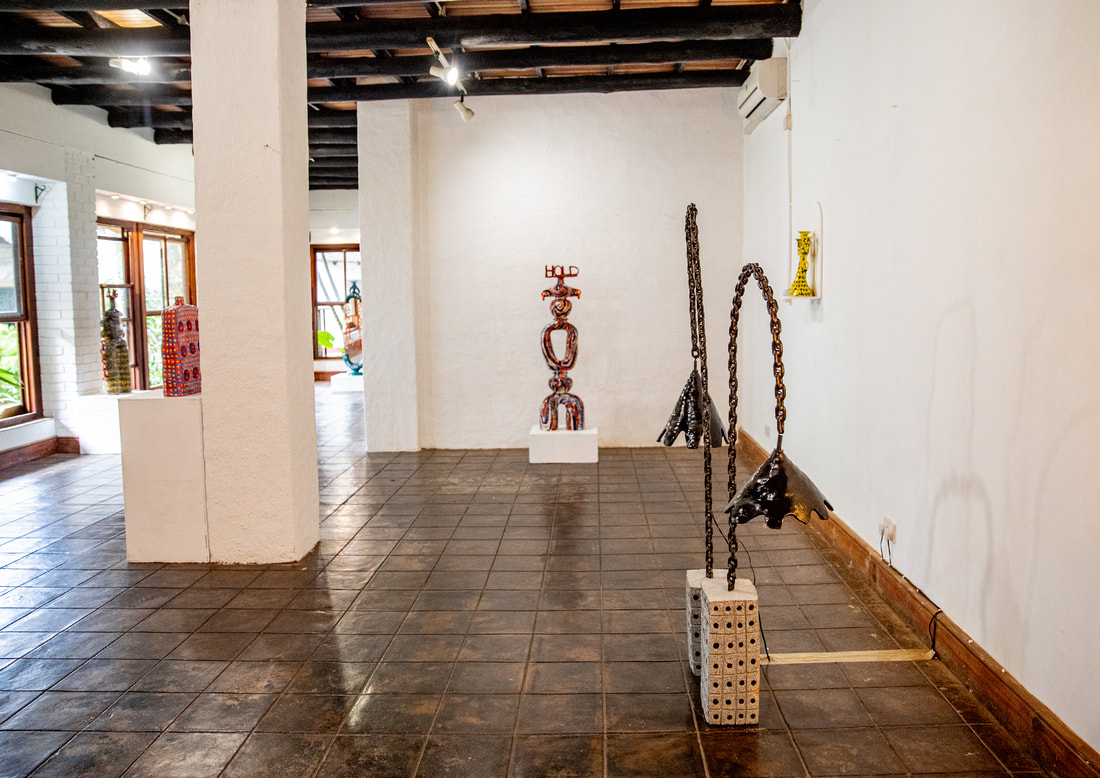