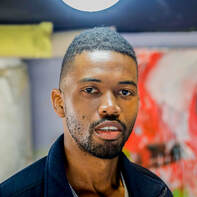 Pebofatso Mokoena is uncomfortable. Uncomfortable with the artworld he has to operate with, uncomfortable with political and cultural dynamics, which attempt to dictate what he can and can’t do, ought and ought not speak to as an artist and prescribe the categories of thinking permitted to him.

His very being rebels against the idea of that prescription because even when righteous it is a bind and an oppression. His titles – deliberately confounding, deliberately at 180 to the images on his canvases which are in turn deliberately antithetical to anything that might be eulogized as ‘reality’.

What happens to those who still believe we need poetry, even when others are building barricades? Picasso, in defending his choice not to take part in World War I, reportedly said ‘the world needs a living Picasso, more than a dead soldier’.

What happens, when struggle to live becomes life, when struggle to survive, spells the death of dreaming? What happens when the alternative is pervasive toxicity of cynicism, which says that there is nothing beyond the inevitability of the divide between rich and poor, that wellbeing and prosperity are always contiguously connected to corruption and theft?

One of the greatest gifts that art can give is the gift of freedom, a reminder that we are born free to dream and be happy, with no debt and no apology for being who we are.

For Mokoena, freedom does not mean turning his back on the deep fissures in South Africa’s moral fabric, the unresolved traumas and unfulfilled promises of 1994. What he does do however, is face himself as a maker of the world he lives in, giving himself the agency and responsibility to reimagine the world anew as radically as he wants and without apology and in that world claim the right to be happy, to not have to make sense to anyone but himself, to be free and to share that freedom with others.

Some might consider Mokoena’s practice in the light of Fred Moten’s “fugitivity”, which Moten defines as “a desire for and a spirit of escape and transgression of the proper and the proposed. It’s a desire for the outside, for a playing or being outside, an outlaw edge proper to the now always already improper voice or instrument.” (“Stolen Life”), but that would be a diminishment. Mokoena is not seeking to transgress or escape, he is seeking to be, in the same ultimate and ultimately radical way that Steve Biko sought to be by asserting ‘I write what I like’ in the 1970s.

That battle has not yet been won and yet that very battle is at the heart of Mokoena’s practice. 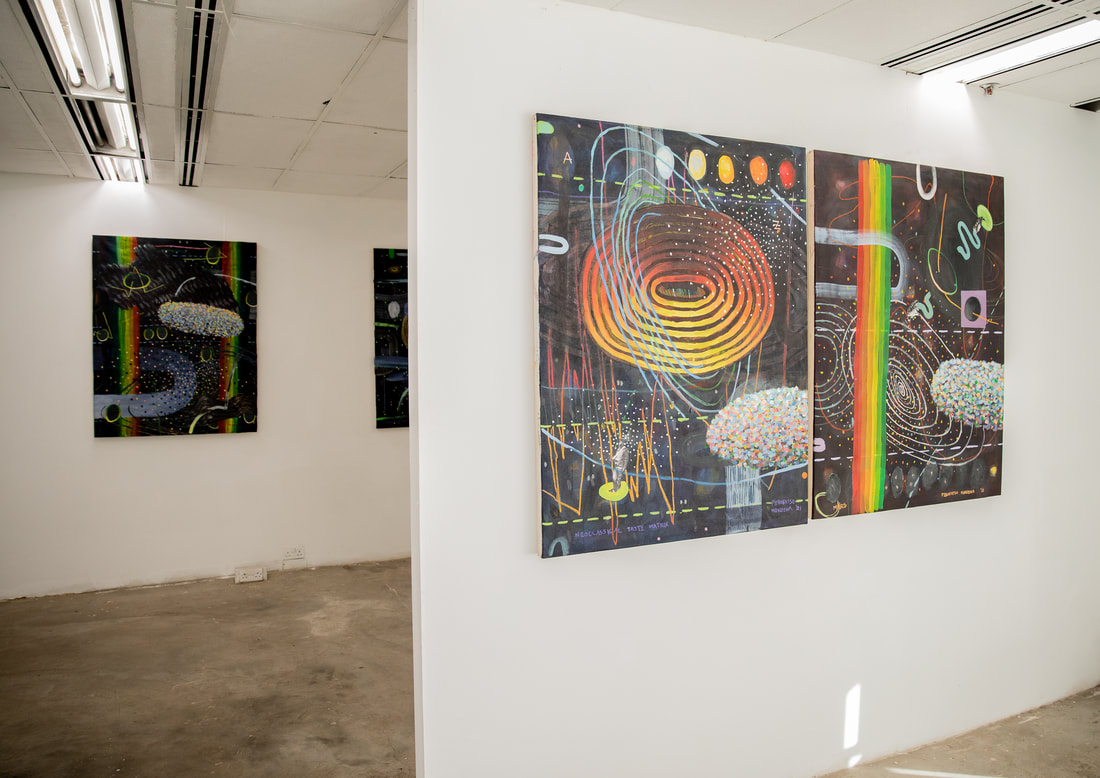 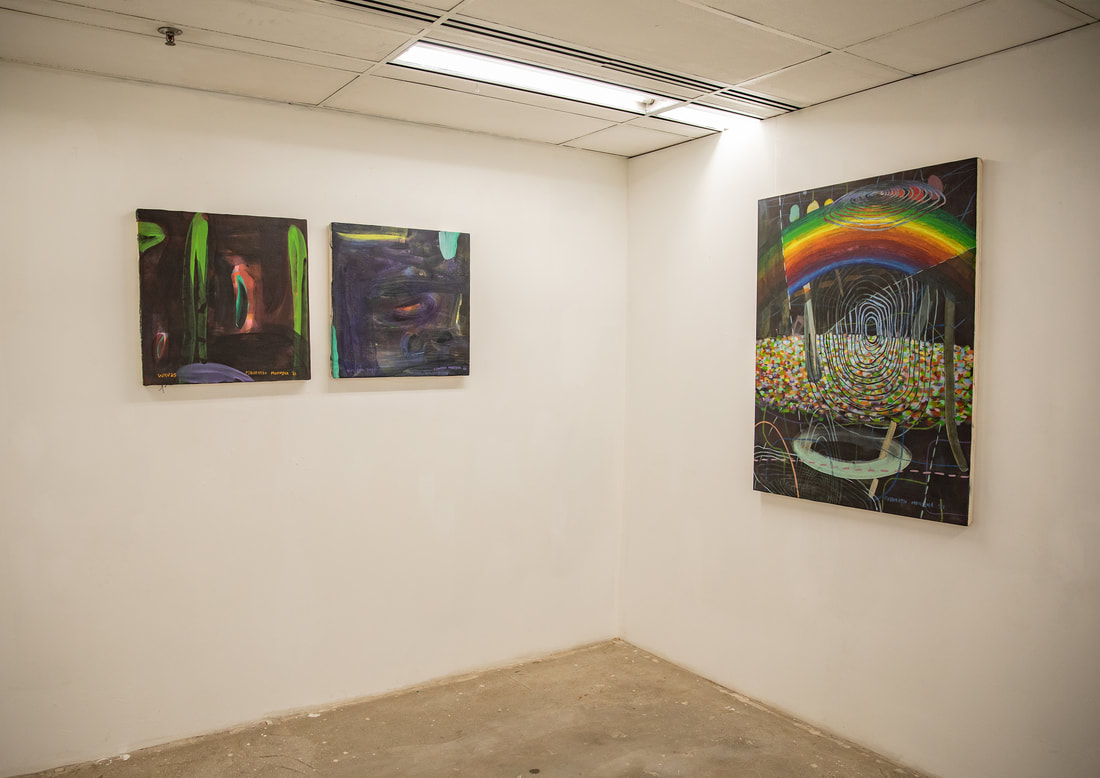 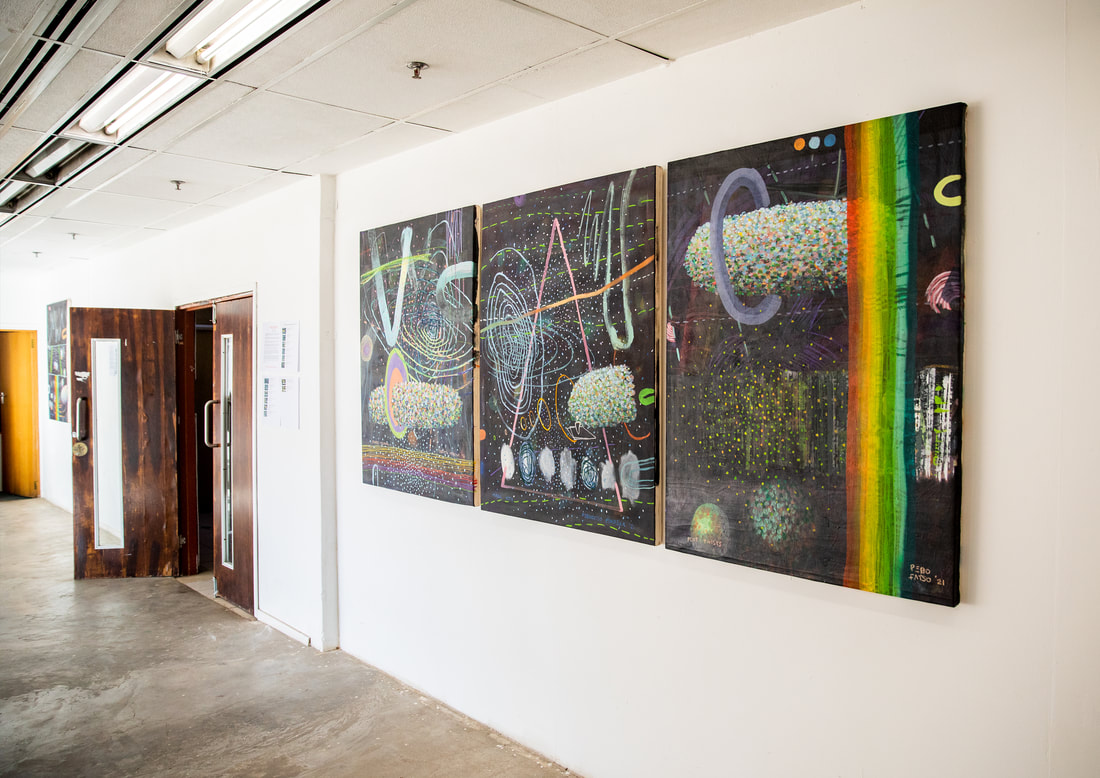 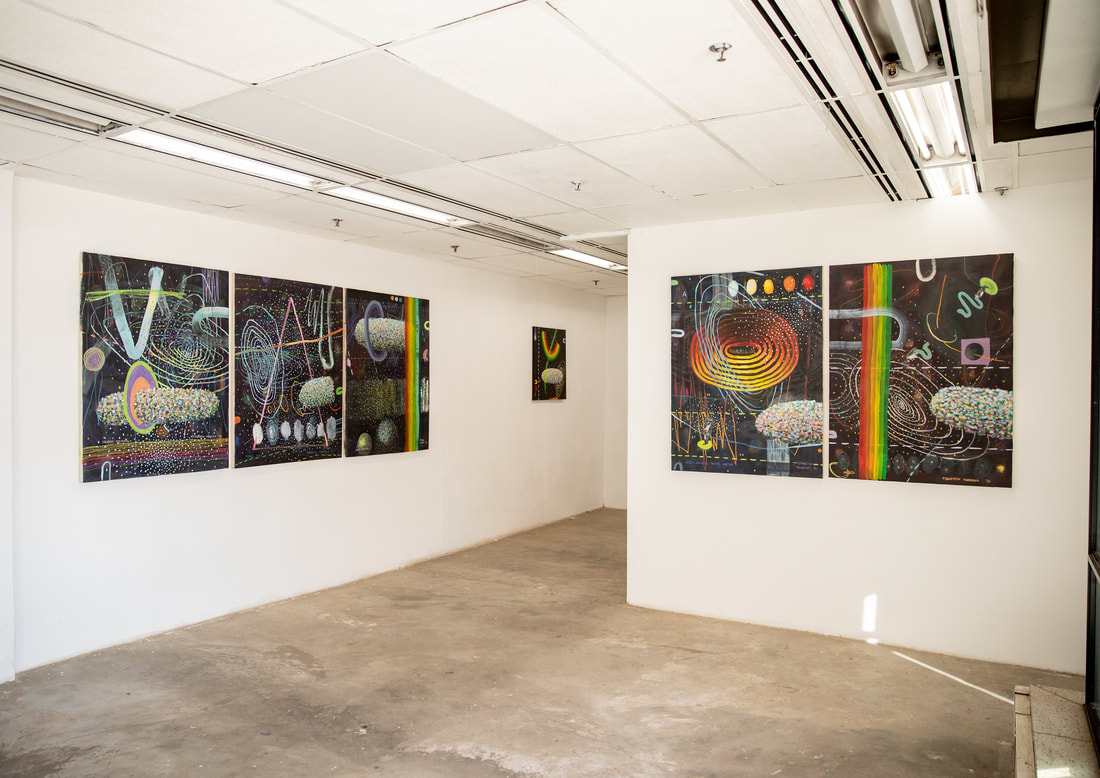 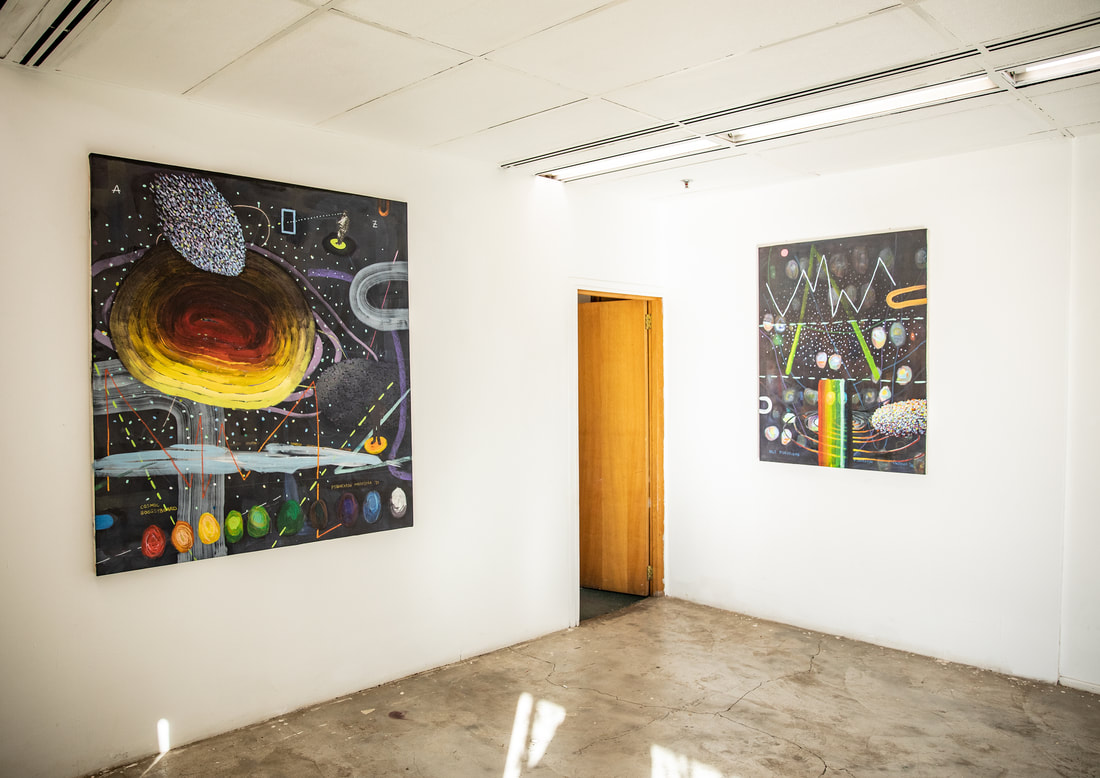 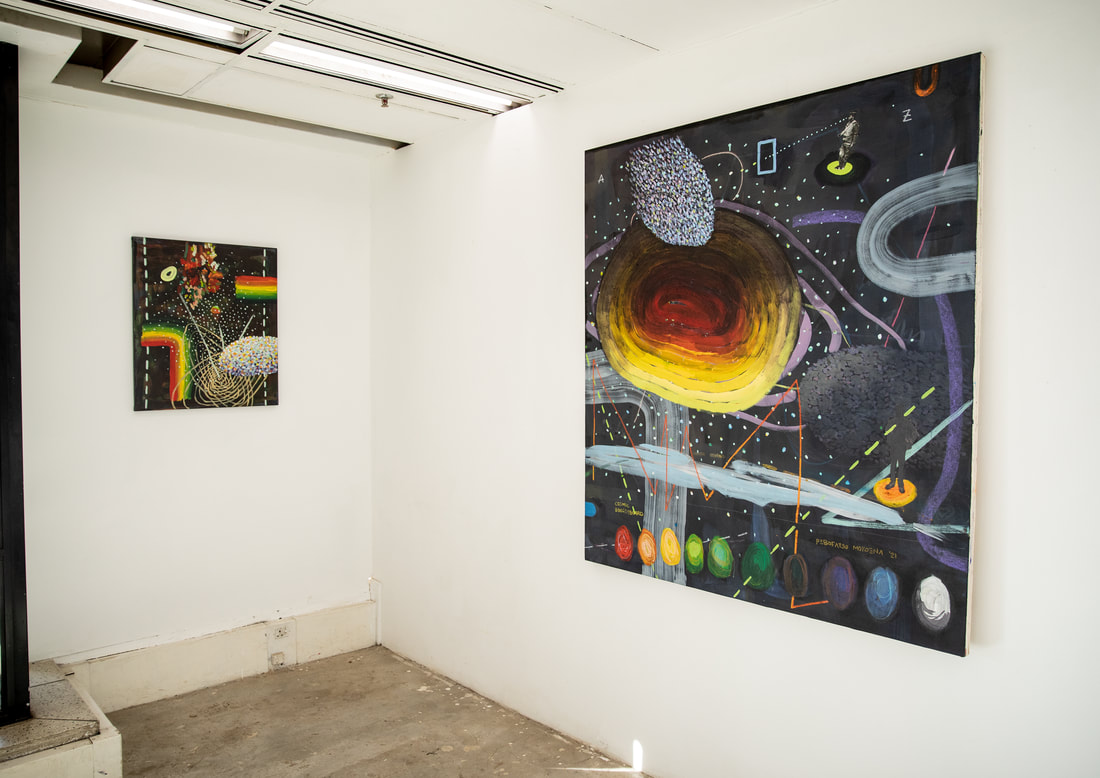 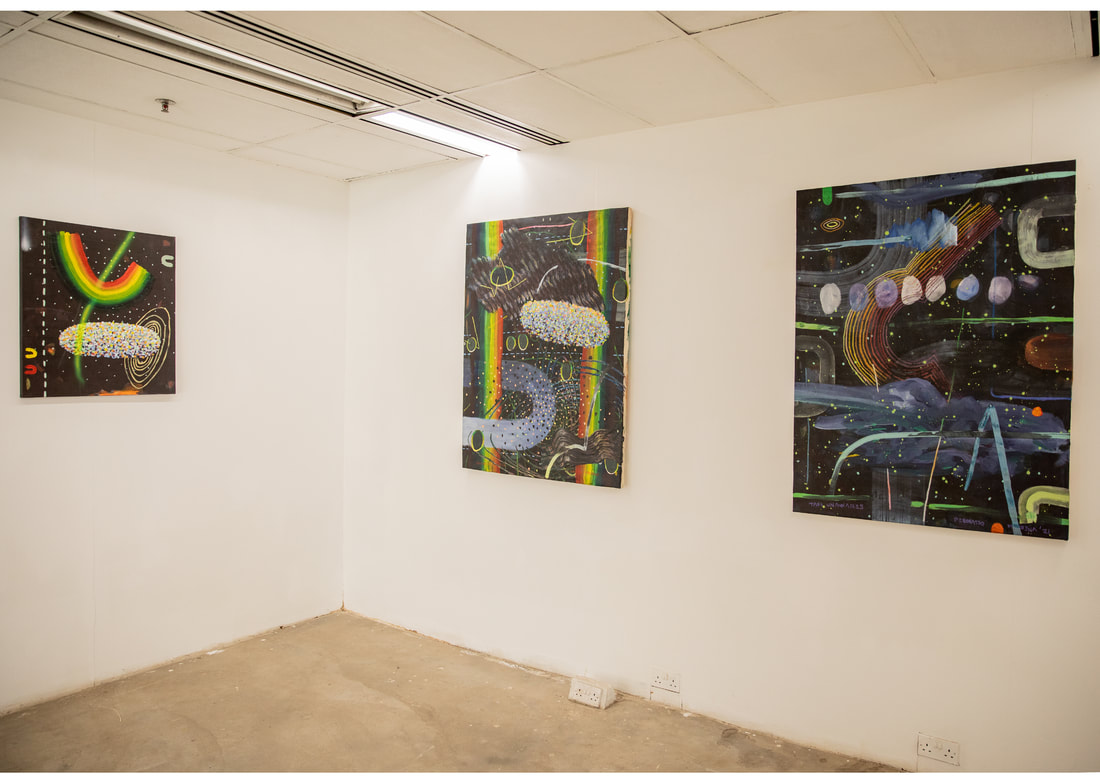