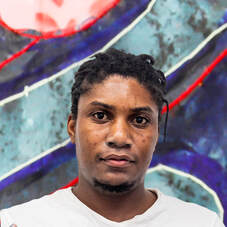 ​​
The dichotomy of Western philosophical tradition’s emphasis on individualism and eastern collectivism is relatively well acknowledged. Ironically this approach creates another highly Western binary, which deprives the world of depth of nuance of African tradition, which puts the individual in a dynamic equilibrium with those around them.

Ziva mhunu wako (know your person), is a tenet, which builds an interpretational layer in complement to ubuntu (I am because you are). Knowing your person, includes know thyself  but builds into it a relational structure, which creates possibilities for multiple relationships and coexistences, as well as a quest for wisdom without sinking into cynicism and misanthropy.
​
For Gresham Tapiwa Nyaude, proverbs are touch stones for understanding life but also milestones and signposts of personal growth which is both deeply individual but intimately connected to his time and his place as a Zimbabwean. The two years of lockdown have helped tilt Nyaude’s focus include responses to and reflections on social and personal interactions in daily life, as part of his ruminations on power and politics in the country. Characteristically darkly satirical, these works take us on journeys through street life and bar scenes as psychological profiles rather, always working with interpretation and subtext rather than representation and surface. As always colour and passionate love of his medium is stakeholder and dominant voice in Nyaude’s canvases. His palette whether dynamically contrasted or muted, projecting actively a mood and movement which engages us emotionally to understand in ways more potent than illustrative didactics ever could. Conversely his brushstrokes oscillate between delicate and urgently aggressive, interrupted dramatically by drawn charcoal figurations, move across the canvases with seismic pathos. Fifteen years into his painting career, Nyaude’s practice is reaching depth and maturity, while retaining freshness and potency, which indicates that he is only just getting going – ziva mhunu wako!!! 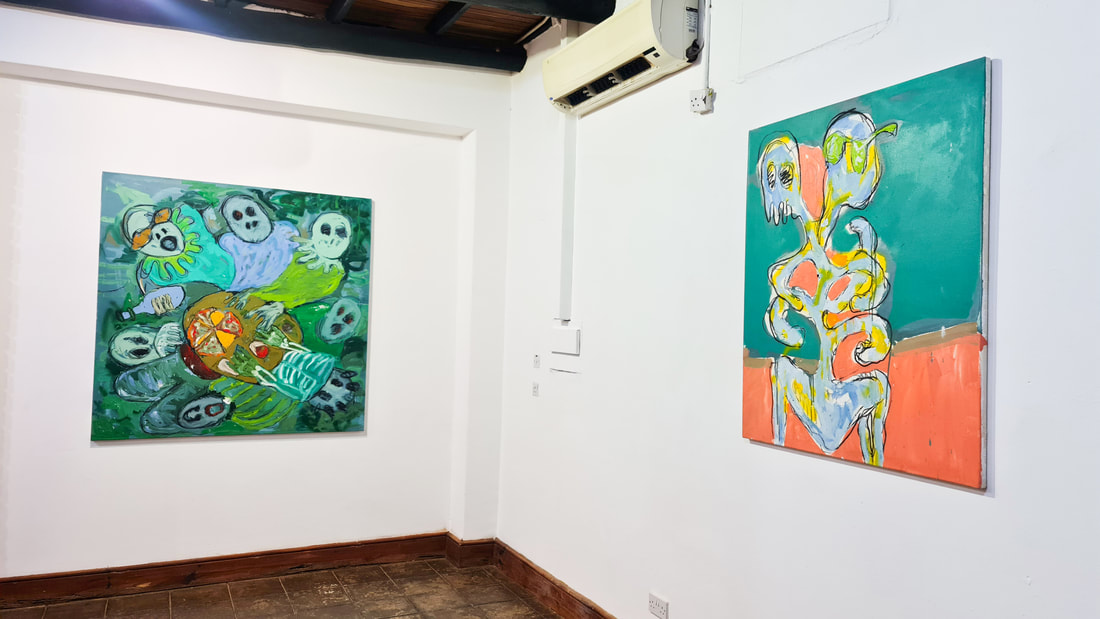 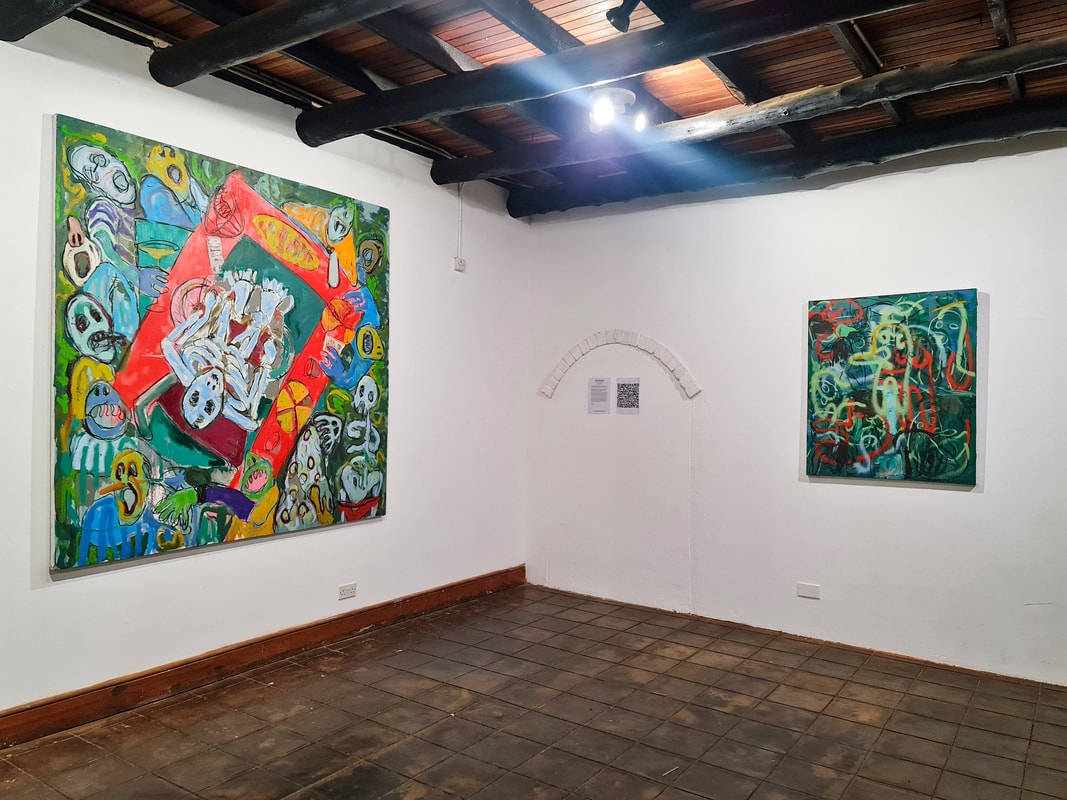 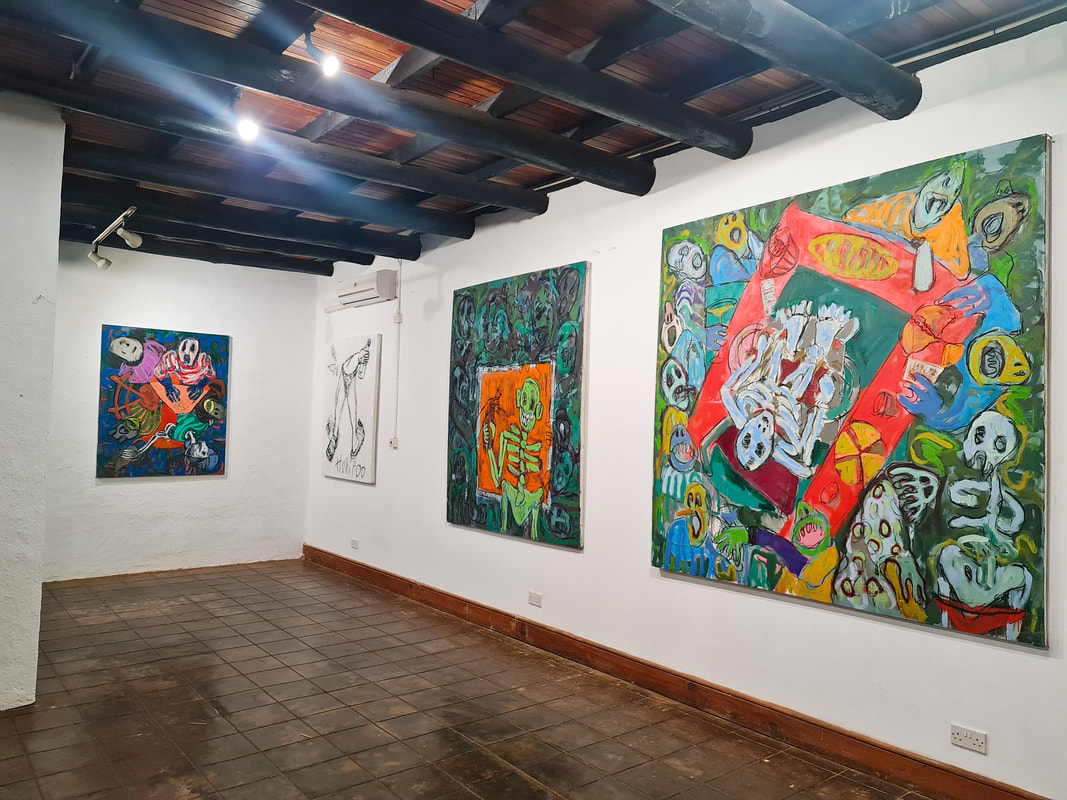 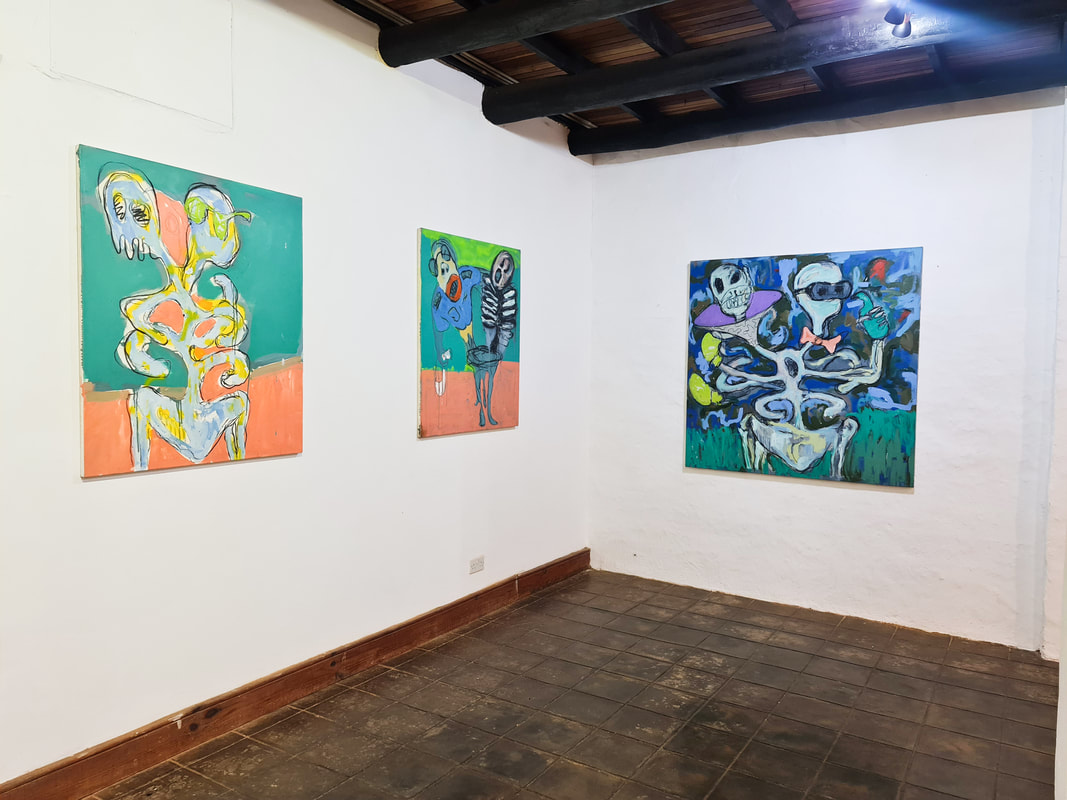